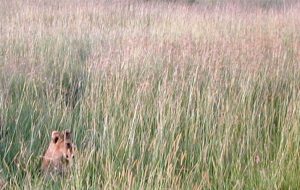 It was awards day of my senior year, the final day of my final year in school. I had worked towards this time for years. They repeatedly called my name from the stage and I had to return to pick up awards many times (classmates nicely ribbing me).
Some of the awards were pedestrian, but some were for academic achievement (the salutatorian, barely missing valedictorian by a decimal point).
A friend (a very intelligent one) finally burst out: “You are SO LUCKY!” Inside I chuckled, how wrong she was: if ever a case of “making luck” this was one. For years, I was up till 2 AM every weeknight finishing homework after an afternoon of working clubs and sports. I knew she spent her evenings on the phone till before setting out her outfit for the morning, and turning in about the time I finished my first assignment of the night.
It my first lesson in “luck” and “success.” For me, “success” (despite the provocative signs announcing the opposite) is to overcome alot of my natural inclinations. Success may be in the journey or it might be at the destination, but it almost always contains a mountain of perseverance—and often–getting up after failure. To achieve success demands a lot of humility. You need humility to learn from failure, and to ask for help from the best, and to study and apply best practices.
It seems I never achieve success without working against two things: the first thing I work against is inertia. I always have to do things I don’t want to have to do. For example: getting up early (!) and especially when sizable/difficult tasks face me that day. I work against inertia when I apologize for being wrong when I know I am still in the right. (Humility again)
The other thing I often have to work at – or against – is handling my emotions, and fear, in particular. It’s demanding, and I often have to work through it to act like the person I don’t feel I am, and to do things I am afraid to do, or things that are potentially humiliating if I fail.
All of this demands that I push myself to think about things differently, and some times to not going along with the crowd if it occurs to me the crowd is headed where I do not want to go.
You may ask why do I bother?—why do I push back against the inertia? or take on the fears? I do it because I don’t have any other choice: my opinions, if instituted, will prevent growth. See for me he question is not, “What do I want?” (that’s easy enough), but “What next?”
Yeah, I hate to ask that question—it opens the door to the possibility of too much discomfort. But then, I’m not guaranteed comfort if I get what I want, either.
“Courage is almost a contradiction in terms. It means a strong desire to live taking the form of a readiness to die.” – Orthodoxy
“There is not really any courage at all in attacking hoary or antiquated things, any more than in offering to fight one’s grandmother. The really courageous man is he who defies tyrannies young as the morning and superstitions fresh as the first flowers. The only true free-thinker is he whose intellect is as much free from the future as from the past.” GK Chesterton