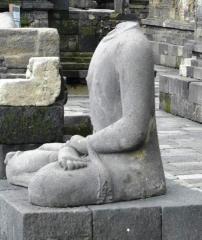 Christ is the head of His spiritual body-and He is alive. The best followers of Christ are those who are acutely aware how important their lives are in the Body of Christ and how their actions and attitudes affect (in some cases, afflict) the other members of the Body—which often includes people in our own family. CS Lewis has some thoughts on this:
“We are summoned from the outset to combine as creatures with our Creator, as mortals with immortal, as redeemed sinners with sinless Redeemer. His presence, the interaction between Him and us, must always be the overwhelmingly dominant factor in the life [which] we are to lead within the Body; and any conception of Christian fellowship which does not mean primarily fellowship with Him is out of court. There is, in forms too subtle for official embodiment, a continual interchange of complementary ministrations. We are all constantly teaching and learning, forgiving and being forgiven, representing Christ to man when we intercede, and man to Christ when others intercede for us. The sacrifice of selfish privacy which is daily demanded of us is daily repaid a hundredfold in the true growth of personality which the life the Body [of Christ] encourages.
Those who are members of one another become as diverse as the hand and the ear.
There lies the maddening ambiguity of our faith as it must appear to outsiders. It sets its face relentlessly against our natural individualism,—on the other hand, it gives back to those who abandon individualism an eternal possession of their own personal being, even of their bodies.
As mere biological entities, each with its separate will to live and to expand, we are apparently of no account; we are cross-fodder. But as organs in the Body of Christ, as stones and pillars in the temple, we are assured of our eternal self-identity and shall live to remember the galaxies as an old tale.
Personality is eternal and inviolable. But then, personality is not a datum from which we start. The individualism in which we all begin is only a parody or shadow of it. True personality lies ahead—how far ahead, for most of us, I dare not say. And the key to it does not lie in ourselves. It will not be attained by development from within outwards.” – CS Lewis